The UCSB Emeriti Association was founded in 1978. It is a voluntary, self-supporting association of retired Academic Senate faculty and other academic retirees (Lecturers with Security of Employment, Continuing Lecturers, professional Researchers, Librarians), their spouses or domestic partners, and their survivors. The Association is recognized by the University as an Affiliated Organization.

The UCSB Emeriti Association has three overarching goals: 1) advancing the general welfare of emeriti, their spouses/domestic partners, and the survivors of deceased members; 2) providing social and cultural opportunities to members; 3) serving the University.

At the campus level, the Association works collaboratively with the Emeriti and Retirement committee of the Academic Senate in preserving and advancing the rights and privileges of emeriti as stated in the By-Laws of the Academic Senate. At the system-wide level, we work with the Council of University of California Emeriti Associations (CUCEA) in advocating for emeriti interests with the Office of the President and the Academic Council.

The Association regularly brings to the attention of the campus administration and community the continuing contribution of emeriti and other academic retirees to the University’s mission in teaching, research, and community service. Along with CUCEA, the Association conducts a triennial survey of emeriti activity, the published report of which is distributed widely on campus and shared with local media.

The Emeriti Association collaborates with the UCSB Emeriti and Retirees Center and the UCSB Retirees Association in producing a quarterly newsletter and in co-hosting the annual Chancellor’s Reception for New Retirees each spring. The Association hosts a number of social and cultural events throughout the academic year.

The Association administers the Constantine Panunzio Distinguished Emeriti Award at UCSB and promotes the Edward A. Dickson Emeriti Professorship.

Thanks to the generosity of our members, we are able each year to award the Emeriti Association Scholarship to a meritorious UCSB undergraduate student. 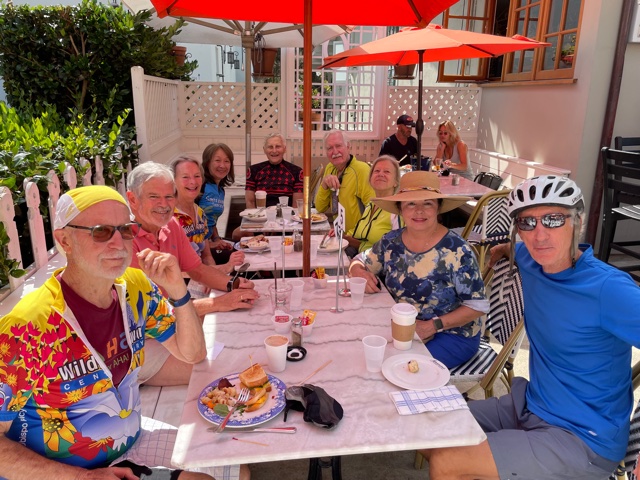 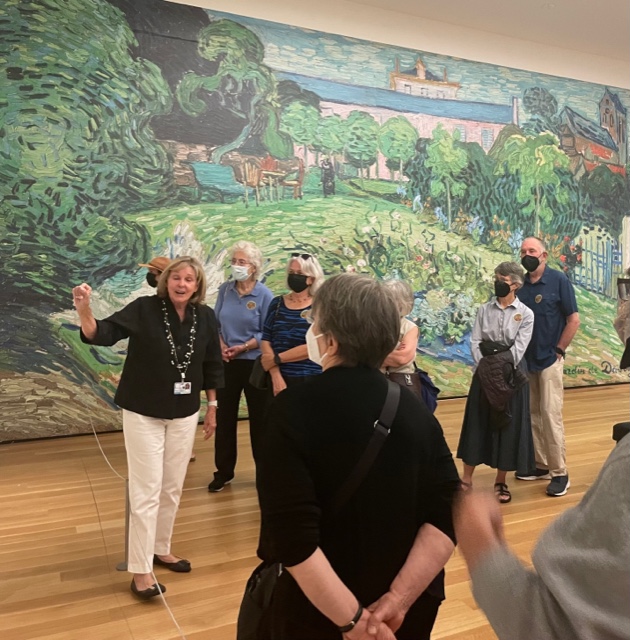 Emeriti and Retirees Association members tour the SB Museum of Art's "Through Vincent's Eyes: Van Gogh and His Sources" exhibition. 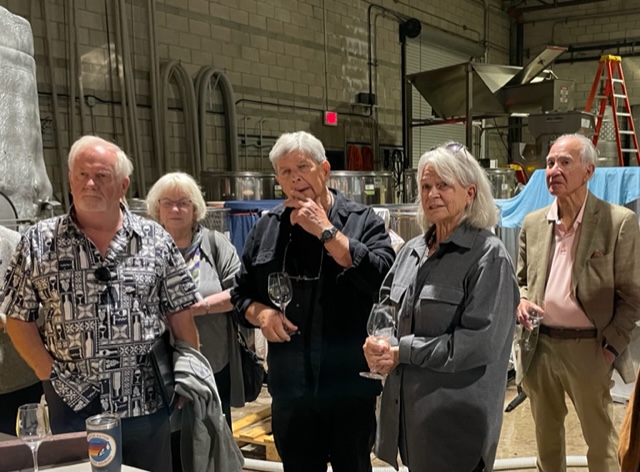 Tour and Tasting at Margerum Winery